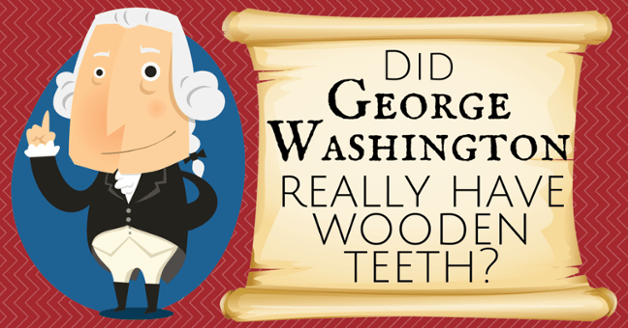 Once again, it’s President’s Day! In honor of this national holiday, we’ve decided to take a closer look at one of the most famous (and toothiest) presidential stories in US history….

While America’s first president did have some notoriously poor dental hygiene, in all his years as president he never actually had a set of wooden teeth. That being said, the sets of false teeth that he did have over the years were made out of some pretty interesting materials.

What were Washington’s teeth made of?

While they were never made from wood, Washington did have the less than pleasant experience of wearing various sets of teeth made out of metal (usually brass or gold), hippopotamus ivory, and donated human teeth!

Even though Washington’s false teeth were always crafted by some of the best dentists of the time (including his close personal friend, the french dentist Jean-Pierre Le Mayeur), all of the sets were notoriously uncomfortable. Held in place with metal fasteners and springs, they usually left Washington in some degree of pain. No wonder he’s not smiling in any of his portraits!

If they were never wood, how did the myth start?

In order to keep his false whites from turning brown, Washington had to put them through a rigorous cleaning routine – so rigorous and demanding that he’d send them to his friend Jean-Pierre Le Mayeur for regular cleanings (and general tune-ups – springs call for constant maintenance, after all).

From what historians have gathered, the materials used to make his teeth (especially the ivory) had a tendency to turn brown in a way that would make them look like wood – and so one of America’s most famous presidential myths was born!

What’s the moral of President Washington’s story? Brushing and flossing regularly is the best way to make sure that your teeth last a lifetime! 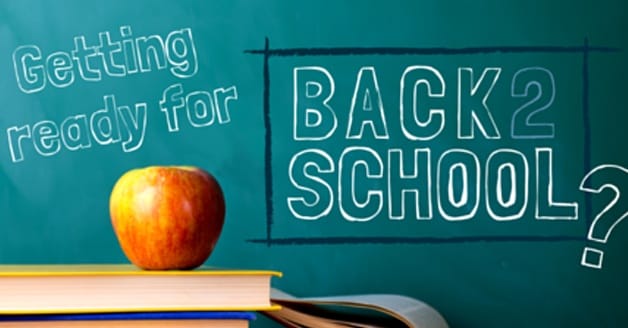 It’s Back 2 School Time! Are Your Children Ready? 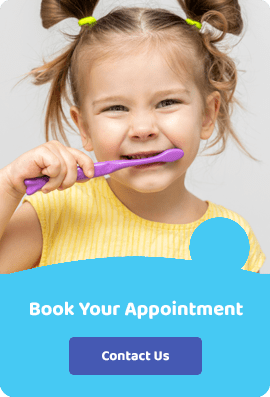